One of the greatest gifts an intern can give the BCFF is their perspective on Boone County and the role of the FAC. Enjoy learning more from Emily as she is exposed to the charitable side of this incredible community.

Entry 3: You Can’t Just Go On Your Own 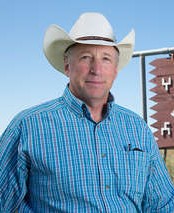 This quote was told to me by former fund advisory committee member, Jay Wolf. I met with Jay a little while back to educate myself about the Boone County Foundation Fund and the permanent unrestricted endowment. I went in with those intentions, as well as hoping I could use the information to help spread awareness for the BCFF. Sure enough, here we are.

After meeting with Jay, I associate him with the following words: leader, innovator, philanthropist, trailblazer, businessman, and so many more.

“You can’t just go on your own” was Jay’s response to me after I asked him about the projects that were completed during his time on the FAC. He told me that cooperation is critical, and every project that has ever been completed has involved a team of people – NEVER just one person.

Jay believes in investing in people, a concept that he says he learned from BCFF chairman Kurt Kruse. To give two examples, when the Big Give was introduced, Tina Stokes was brought on, and Lindsey Jarecki was recruited to help with Boone Beginnings. Investing in people and what they can bring to the table seems to possess more value than just investing in the projects themselves.

“It takes leadership from a lot of people, and a lot of people are willing to invest their time and money to keep their community progressive and desirable.”

This quote is something else that Jay said to me, right at the end of our interview when I asked him what his advice would be to potential donors. The gist is: collaboration makes the world go ‘round. Nothing can be completed without help, especially within the Boone County Foundation Fund. There is no idea, project, or anything of the sort that doesn’t involve help from others. This is something else that I have learned during the internship. I have not been able to do a project completely on my own. It only makes sense that collaboration is necessary in this line of work… How could anyone genuinely improve the county’s quality of life with just a singular thought process/opinion?

Watching others work together for the benefit of Boone County is how Jay got involved with the Boone County Foundation Fund in the first place. His parents, Jim and Elaine, were highly respected donors and volunteers in the community. He grew up in a community-oriented household, where he adopted the beliefs of his parents: service and philanthropy. All in all, Jay learned from Jim and Elaine, which leads me back to the very beginning… you can’t just go on your own! The torch was passed down a generation, and Jay explained to me that his children have picked up the same values from him that he learned from his parents. Who’s to say that Jay would have gotten involved at all if his parents never were? We will never know. What we DO know is that the Wolf family is full of leadership, influence and generosity.

All in all, you can’t just go on your own.

Entry 2 – THE ART OF FAMILY: BOB AND MYRNA KROHN

The past few days have been madness. Recently, I finished two summer courses, got offered a job as a resident assistant back on campus, and have continued working on my tasks for the internship. I definitely have been juggling a lot! Without further ado, let’s get into the blog.

My favorite thing that I have learned in this internship so far is that it’s donors that who were raised in Boone County (for the most part), giving back to the community that they grew up in. I think that speaks a lot about how much a hometown can mean to a person. I know how much my community means to me, and I can only hope that most of everyone else feels the same way!

Speaking of hometown donors, I want to highlight Bob and Myrna Krohn. As I am also a distant relative of this pair, talking about their philanthropy is important to me, since I am the hometown intern for the Boone County Foundation Fund. I just met Myrna for the first time (that I am able to remember) at our recent family reunion in late June 2021. The two were active supporters of different projects in Omaha and Boone County. I never got to meet Bob before his passing in 2020, but I definitely wish that I had.

Bob quoted in an article for the University of Nebraska Foundation that when he was growing up, philanthropy wasn’t talked about often, and that it was something everybody did. “Neighbors helping neighbors” is how Bob referenced philanthropy in Boone County during his youth. Bob and Myrna donated $12,000 to the Boone County Foundation Fund’s permanent unrestricted endowment in 2017 (with reference to the Grantmakers profile linked below). The Krohns were born and raised in the Boone County area but did not formally meet one another until they were both at college at UNL. While they were incredibly active in the Omaha philanthropic community, Boone County was their hometown, and its importance to them was reflected in their work. Before Bob’s passing, he quoted that they also give back to Albion because the residents here gave so much to them. He and Myrna strongly vouched for their amazing experience growing up in this area.

If you would like to check out this link to see all of the generous contributions Bob and Myrna have made to Boone County, Omaha, and even other states in recent years, please check it out here: https://www.grantmakers.io/profiles/v0/363259494-robert-f-and-myrna-l-krohn-family-foundation/

If you decide you are curious, and view the link, keep in mind that this was published by the IRS in 2019 from the 2018 tax filings, so it may not be SUPER up-to-date! I think it is still cool to see the variety of their donations: Lauritzen Gardens in Omaha, the MAYO Clinic Cancer Center in Minnesota, and more.

It’s safe to say that Bob left, and Myrna continues to leave a huge footprint in the world of philanthropy. They gave donations, and much of their time, to projects that they cared about. You can find various generations of Krohns on a couple of different donor walls/displays in Boone County, including the Albion Family Aquatics Center and the new Boone County Ag and Education Center. It is nonetheless magnificent to see how my family has continued to contribute to our home. I hope to be able to continue the philanthropic aspect of the Krohn family values, someday.

I am Emily Erickson, the second summer intern for the Boone County Foundation Fund.

Let’s kick this blog off with a little get-to-know-me: I am the daughter of Joe and Janelle Erickson, the oldest of five kids, and a 2020 Boone Central graduate. I started college at the University of Nebraska-Omaha as a Journalism and Media Communications and Spanish double-major; however, that did not last. After my lack of enjoyment in my introduction to journalism class, I decided to switch my major to Public Health. For those of you who may not know what public health is, it is known as “the science and art of preventing disease.” Other missions are to prolong life and improve quality of life through organized efforts and informed decisions regarding society, organizations, communities, and individuals. (Thanks, Wikipedia!)

I am not too knowledgeable about my major yet, but I am diving into it with a will to learn and succeed. I kept the double-major in Spanish — the language, culture, and everything in between — are interesting to me and tie into what I want to do with my life and career. Ultimately, I want to be a lawyer. If my plan plays out in my favor, I will graduate from UNO with my Bachelor of Science in public health and Spanish, obtain a Master’s degree in Public Health and law degree via a dual-degree program (which saves me some extra schooling), then practice law with a specialization in healthcare.

I was presented with the opportunity to intern at the Boone County Foundation Fund, which is an affiliate of the Nebraska Community Foundation. I am learning so much as I go, but that will be further detailed in future blog posts! I am working on various projects for the BCFF right now, including the summer newsletter and annual report, studying the results of a recent area youth survey, brainstorming new project ideas, and writing this blog.

The biggest priority for my internship right now is the youth survey. After studying the content, it seems that the Boone County youth feel as though a gap exists in finding a connection to their community. We want to find out exactly what this means and how we can strengthen ties between the area’s youth and their individual community, as well as Boone County as a larger community. In reflecting on the survey results and my own experiences, I wanted to share my story about my connection to Boone County.

In the summer of 2016, my family uprooted from Bennington, Nebraska to Albion. The reasons for our move are not super clear to me, but I can attest that family was a major factor. My father’s whole family is in Albion for the most part.

At the time, 14-year-old Emily did not comprehend the importance of this move for my parents. I was about to start high school in a new community with new students and no familiar faces other than relatives. For the first two, nearly three years of high school, I held great amounts of resentment and angst towards my parents for taking me away from what I originally called home.

You may wonder, “What did you do to fix your attitude and strengthen your bond with Boone County?” My answer is simple: I got involved! The best thing I ever did for myself was to join and participate in a range of activities. During senior year, I was on the yearbook staff, and more importantly, joined track on a whim. For the readers who know me personally, I am not a varsity-sport kind of person. Joining the track team was a spontaneous and personal decision. I told myself that I wanted to try doing one more sport at Boone Central before I graduated since I had always been scared to put myself out there in the sports sense. Two weeks into practice, it was canceled because of the looming Coronavirus. But, I loved every second of it while it lasted. Nothing beats the feeling of being a part of a team.

All in all, I know what worked for me to strengthen my bond to Boone County. Albion is where I had to do a lot of growing up, and for that, it is my home. I am proud to be from Boone County, and I will find any excuse to boast about it to people back at college in Omaha. I am looking forward to using my experience to help others understand the importance of connectivity on a personal level to their hometown.